History & Origin of the Ugly Christmas Sweater (From 1950s to Today)

Showing up at a holiday party donning our best ugly Christmas sweater has become a tradition. It’s as popular as putting up a Christmas tree, watching cult-classic Christmas movies, and listening to Christmas songs. Society agrees that the more decorations – elves, presents, candy canes, tinsel, etc.- the uglier the sweater. Ugly Christmas sweater–themed parties go as far back as the early 2000s, and they’ve only gotten more eccentric.

It’s difficult to say who invented the first ugly Christmas sweater. Ugly Christmas sweaters made their famous appearance in the 1950s with the commercialization of Christmas with the intent of being fashionable. They were first known as “Jingle Bell Sweaters” and featured Christmas-themed decorations. The original Jingle Bell sweaters were never intended to be ugly. Instead, they were designed to be artistic, joyful, and capture the holiday spirit.

The trend had modest participation from the public until the 1980’s when it was popularized on TV.

Popularity Soars in the 1980s

With more people watching television, Cliff Huxtable from The Cosby Show popularized the great sweater. It became part of pop culture, and by the end of the 1980s, a rebirth had begun for what would soon become the Ugly Sweater. It was typical for leads on Christmas TV specials to wear them as part of their mainstream wardrobe.

The style would take a back seat in the 1990s, but it never died. The resurgence is credited to the 2001 film Bridget Jone’s Diary. In this movie, Mark Darcy brought Rudolph’s larger-than-life face to his sweater. Designers jumped on this fad and were producing hand-knitted, one-of-a-kind sweaters for the public. Ugly Christmas sweaters had jumped into the 21st century with a renewed energy.

It may be a faux pas to take credit for ugly clothing, but this way of spreading holiday cheer has become a worldwide festive tradition. After hosting an Ugly Sweater Party in 2002, the co-founders Chris Boyd and Jordan Birch have been credited with originating the tradition. They even successfully trademarked the phrases “ugly Christmas sweater” and “ugly Christmas sweater party.” After their party in Vancouver, the idea quickly spread across Canada, the United States, and, shortly after that, around the world. The Ugly Christmas sweater was now here to stay.

With the rise of social media, the Ugly Christmas sweater trend only continues to gain popularity. We now embrace the “ugliness” by posting our fashions on Instagram, Pinterest, and more. Mass retailers produce their designs of ugly clothing now as well.

The beauty of the Ugly Christmas sweater is that anyone can participate. Adults, children, and pets can all wear an “ugly” design to showcase their holiday spirit. They can also be given out as Christmas gifts! Christmas can be a pretty stressful time of year for some people. A distraction from something meant to be ridiculous can help bring a smile to faces and relieve some of that pressure.

Now I’d like to hear from you! Do you rock an Ugly Christmas sweater during the holidays? Do you wear other holiday-related pieces of clothing other than a sweater? 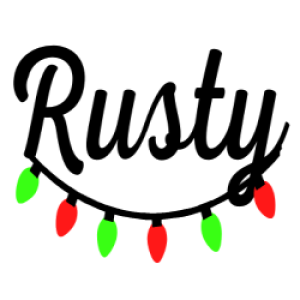